Your source to the latest insights on what's trending in the HR arena - Recruitment, Talent Assessments, Employee Surveys and Training. 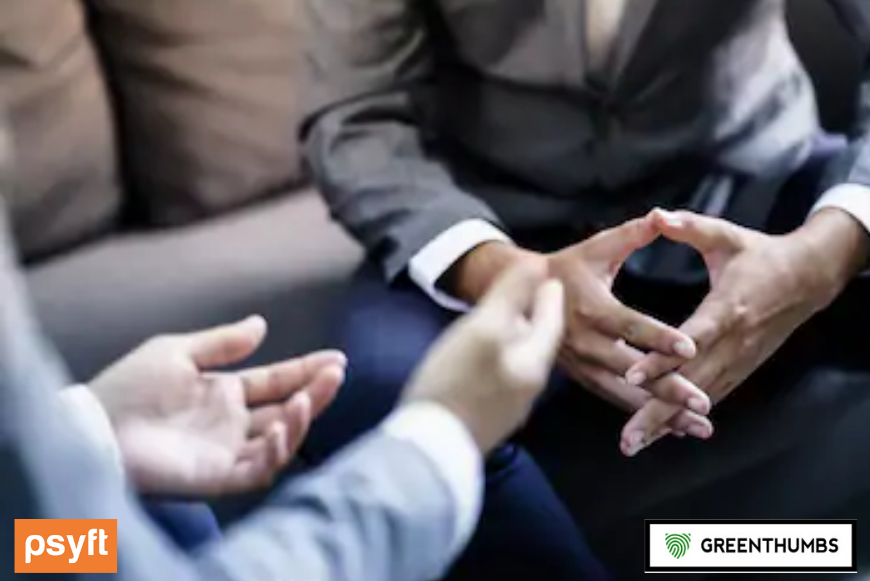 “We all need people who give feedback. That’s how we improve.” – Bill Gates

One of the toughest things you have to do as a manager is to give employee feedback, especially the negative kind. In fact, so many managers avoid giving feedback altogether because it is such a stressful and emotionally fraught experience. When feedback is tied to someone’s livelihood, emotions are bound to run high.

Giving negative feedback, implies that you’re wading into an extremely sensitive territory. You don’t want to demotivate an employee or make them think you are out to get them. You don’t want the feedback to backfire.

Really, can criticism ever be constructive? Let’s admit it, no one likes to be told they are doing a less-than-perfect job. It’s not easy to hear about our shortcomings. Even the best of us have suffered the self-doubt, defensiveness and insecurity that often follows feedback.

Yet, feedback is the backbone of management. Honest, thoughtful feedback is an important and valuable tool for building not only a good team, but a good business.

Operating without feedback is like driving a car with no front/rear view or cooking without ever tasting your food. In fact, employees who don’t receive any feedback at all can feel neglected, unimportant and unnoticed.

Here's how to give constructive feedback without the unwanted and unpleasant repercussions.

1. Plan what you’re going to say

Feedback improves performance when it is presented well. “Presented well” is the key. So, don’t jump right in. Have a plan, practice what you’re going to say and how you’re going to say it. The words you use will matter a great deal. So choose them wisely. Your attitude, your tone and the care with which you deliver the feedback may matter as much as, if not more than, the specific facts.

It’s also important to communicate that you’re operating from a place of care and helpfulness, that you’re not out to get ‘em, that you deeply care about their growth and success. You want both the person and the company to succeed . Make this a part of the message.

When you give feedback, it should be like a conversation. You’ll be surprised to learn that people often know where they are having problems and they may even have good ideas about how to improve.

So, have them review their own performance and ask questions (like, "Why did you take up this particular approach for this situation? etc) that drive self-evaluation.

Letting someone explain themselves gives them an opportunity to save face. And who knows you may uncover facts or information you were missing. Afterall, your feedback is based only on your observation and perspective. Your perspective is not the universal truth. You could be wrong.

3. Be direct, be specific

A big reason why we avoid giving feedback is we’re worried that the person will take it personally. So, it’s wise to remain neutral. Keep the focus on the situation – what happened and what you observed – and not the personal attributes or characteristics of the person.

The best approach is to be direct. Don’t be vague. If it’s serious, say so. Explain exactly what you’re criticizing. There’s no point in telling someone they’re not punctual”. Give specific examples and specific suggestions for improvement. E.g. tell them that their deliverables are regularly delayed and that is a problem because it delays everyone downstream in the process. Follow this up with a suggestion to keep track of time spent per deliverable.

Don’t sugar coat or try to feed a “feedback sandwich”. Don’t bookend negative feedback with compliments. In theory, it seems like an ideal way to proceed but in the real world it sounds insincere and risks diluting your message. 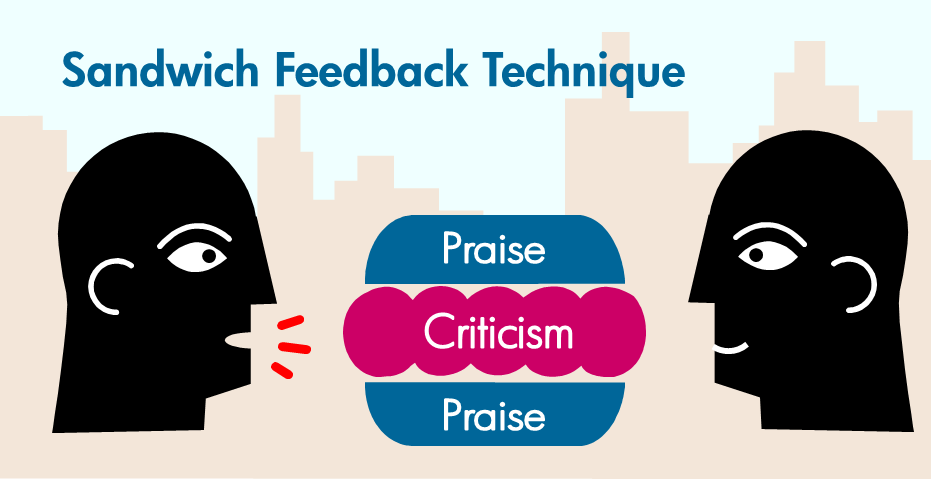 4. Get your own emotions in control

Regardless of how upset you are, never use feedback to vent out on a person. Long after the feedback session is over, the person may forget what it was about but they will always remember how you made them feel. Anger seldom produces improved performance. On the contrary it can lead to resentment, resistance or even retaliatory action from the other person. Using inflammatory language, shouting or being overly animated is, therefore, a big no no.

Name calling (e.g. lazy or incompetent) will invariably backfire. The moment someone perceives he/she is being attacked personally, they will turn defensive and any opportunity for a meaningful discussion will be lost. So just keep it civil, constructive and drama-free as possible.

If tempers are hot, take the time to let things cool down before having a feedback discussion. It helps to remind yourself that the intent of feedback is to promote improvement and not make yourself feel better.

5. Praise in public, criticise in private

While public praise is optional,keeping criticism private is a cardinal rule of management. Public humiliation is a flawed motivation strategy and many view it as a form of bullying. Not only does it destroy motivation, it can lead to festering resentment that will keep rearing its ugly head every time a disagreement occurs.

On the other hand, when negative feedback is kept between two people, it is much less likely to trigger a defensive reaction. Even after the session is over, never ever share that conversation with a third party.

Feedback sessions are meant to be private, ensure they are. Period.

6. And never in writing

Given its impersonal nature, it is often tempting to use email as a feedback delivery tool. But it is perhaps the worst medium for this task precisely for the same reason – it is just too impersonal.

When someone tells you that you’re not doing a good job, you want to see their face, hear their voice, read their body language. Are they angry? How angry? You can judge this kind of stuff fairly accurately when you are sitting in a room together, but on email, not so much.

This lack of social cues makes email highly susceptible to being misconstrued. Your mild or neutral feedback can elicit a disproportionately passionate / angry retort. It also gives the recipient the opportunity to share the email and loop in third parties into the conversation against your wishes.

If you absolutely must use email for the task, remember to choose your words even more wisely than in a face-to-face feedback session because whatever you put down there will be recorded for posterity and may be quoted any time.

7. Don’t make it an annual event

Make it monthly, if not weekly. Like they say, strike the iron while it is hot. When the time lag between an occurrence and the feedback too long, it becomes difficult for the recipient to link the two. Why didn’t you tell them before?

Real-time assessment and feedback are the latest performance management mantra. This is why larger organizations are turning to quick and short pulse surveys.

If, for any reason – logistic or emotional, you can’t make the feedback immediate at least strive to make it as recent as possible. The longer you wait, the higher the risk of losing relevance.

On a related note, it is important that negative feedback is not made a part of pay or promotion discussions – as is typical in annual performance reviews (no wonder they are so ineffective!). Mixing the two will only confuse the recipient as to what your real intentions are. Are you using the negative feedback as a plank to fire them? Be wise and keep these discussions separate.

Feedback is best delivered in small doses. When you stockpile too much and then let go in one instance, it may seem like a lot of negativity to the recipient. They can feel overwhelmed and lose confidence.

People can only process so many suggestions at one time. If you have more than three items for someone to address, break them into separate sessions.

9. Be willing to accept feedback too

Feedback is supposed to be a closed loop. That will happen only when you allow the other party to speak and be open to their feedback. As a manager when you demonstrate your openness to feedback from your team, you set an example that can define your team members’ attitudes towards the feedback process.

A 360 degree feedback will allow your subordinates and peers the opportunity to express themselves candidly. You are actively signalling that you value hearing their perspective. You’re not angry or upset. And when they see you take their feedback seriously, usually in the form of corrective action, they will be much more open minded when you sit them down for some one-on-one feedback.

Just telling someone that they need to improve is never enough. If you want to see real change, you have to give them specific goals, a plan to achieve them and a timeline to follow. Setting a clear review mechanism is an important part of the process. It establishes accountability and improves the probability of performance improvement.

Also, be prompt with appreciation. If you notice the person following the plan and making efforts to improve, point this out. Not only will they feel important, you will also reinforce the idea that you are paying attention and mean business.

Lastly, it’s important to note that the overall culture within the organisation plays a significant role in how feedback is received. The best kind of company culture is one where negative feedback is seen as something positive – an opportunity to improve and grow. A culture where self-evaluation and self-awareness thrives. In such an environment, it is not awkward to have candid conversations with underperforming employees. Feedback sticks best when the person on the other side of the table feels like you’re really trying to help them. That’s the whole point of giving feedback, isn’t it?

Regular communication in the form of surveys and assessments or in-person sittings can go a long way in helping everyone – those giving the feedback and those receiving it.

Of course it takes practice, and you will need to modify your approach depending on who you’re dealing with, but it is in everyone’s (most of all the business’s) interest to invest effort.

By becoming more skilled at giving constructive feedback, you not only help your teams perform better, you also strengthen and deepen your relationships with them. This translates to greater engagement and a greater willingness on their part to receive feedback from you. Dare I say, that’s a true win-win! 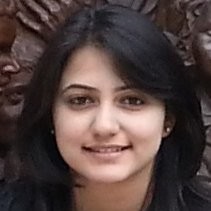